Anyone who spends a lot of time in the mountains, as a passionate ski mountaineer or an "grown up" freerider (now called "freetourer") will hardly be able to overlook the development towards wider, lighter touring skis. Gone are the days of spaghetti boards, which work great on the  uphill, but only allow for  classic touring "wedeling" with a lot of effort. The Fischer Hannibal Carbon 96, which is presented and described here, falls into the category of modern, light and yet downhill-oriented touring skis. 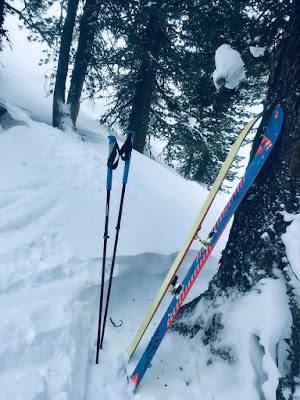 Fischer has relaunched its widest lightweight ski, the Hannibal in the 18/19 season (before that they offered Hannibal models with 94 and 100mm middle width). It comes in a sandwich construction with "Tour Rocker" and Aeroshape, titanium reinforcements and Carbon Tex, placed where you need it, without letting the ski get too heavy. In my opinion, the Fischer skin fixation is one of the smartest (and most beautiful) solutions on the market - but of course any other skin with "normal" tip fixations can be used.

Thanks to the low system weight in the corresponding setup, the Hannibal is my choice for long powder trips - in my opinion, the weight difference to touring skis of the 85-90mm class is negligible, the gain in fun in powder is definitely worth the few grams extra. The additional mm guarantee more lift on the descent and thanks to the rocker profile it's easier to break trail - I never got stuck because the nose would have gone below the snow.

The Hannibal is a balanced, lightweight ski, which performs amazingly well in powder and on firn - of course you can do piste tours with it and ride it inbounds, but this is certainly not the playground for a wide touring ski.

But be aware that a light touring ski isn't an alpine ski: Under certain circumstances you will feel that lightweight construction brings brings along certain characteristics - or not...

If snow conditions change suddenly or frequently (hard / soft / tracked / icy,...), you better adjust the downhill speed - otherwise it will quickly become restless. The Hannibal actually feels more like a freeride/freetouring than a touring ski in many situations, and the stability at higher speeds (although not freeride-video-high-speed) and (medium) large turns is surprisingly good, but only in steady and predictable conditions - #perfectpow #springcorn, etc. - and crusted snow is sh.. on any ski. 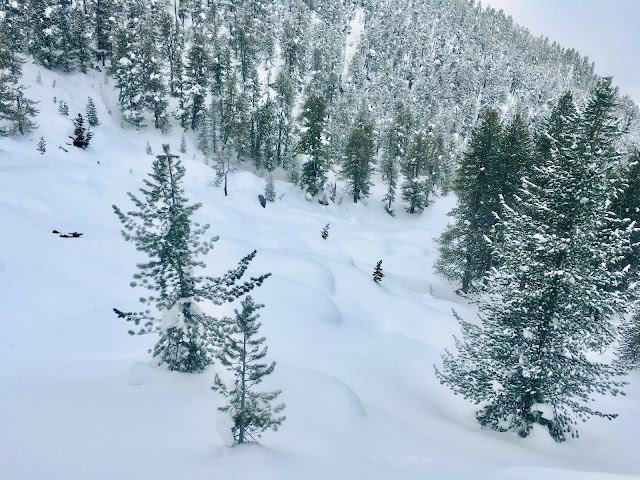 Getting from one edge to another is easy, no wonder with such a light ski and the edge hold is solid - but you shouldn't use too much power to avoid overturning.

The Fischer Hannibal 96 Carbon is the ski of choice for:
The well equipped aka "Gear Nerds"
...who have more than 1 pair of touring skis to choose from and want to have a setup with low weight and top powder performance for powder days.

Ski Tourers
...who are looking for a ski for backcountry use that works uphill as well as downhill in any snow without excessive effort - in my opinion, the Hannibal can also be used by advanced beginners without restrictions.

It's less suitable for:

Endurance Tourers
...who'd prefer an ultralight setup and for whom the downhill is not that important anyway.

Ski mountaineers / ski alpinists
...who are out there a lot and ride the steeps, even in hardpacked / crusty / icy conditions. In that cases I would choose one of the narrower models (Fischer Transalp 90 or similar).

***
I try to be as objective as possible when doing a subjective review of the pros and cons of equipment I use. I hope the info helps readers filter out the gear that don’t fit to you in comparison to the one that does. So many personal factors have an impact on whether a piece of equipment is best for you depending on weight, experience, style, skills, location, etc.

I have been riding for Fischer since 2004, am a founding member of the Fischer Freeski Team and get treated extremely well by the people in Ried - where Fischer is at home - and always get at least one cup of coffee when I visit. So you can attest bias and you will probably be right. On the other hand, nobody forces me to write this text, nor do I get any money for it. So I try to describe my experiences as objectively as possible. Nevertheless, the analysis will be positive. Why, see above.